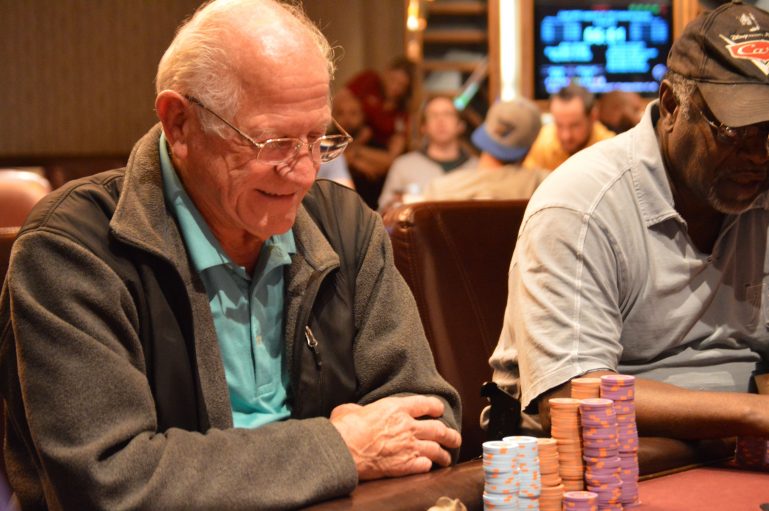 Ed Gazvoda just sent a shockwave through the tournament field after going flush-over-flush on Saman Sader and chipping up to 2,100,000 as a result. 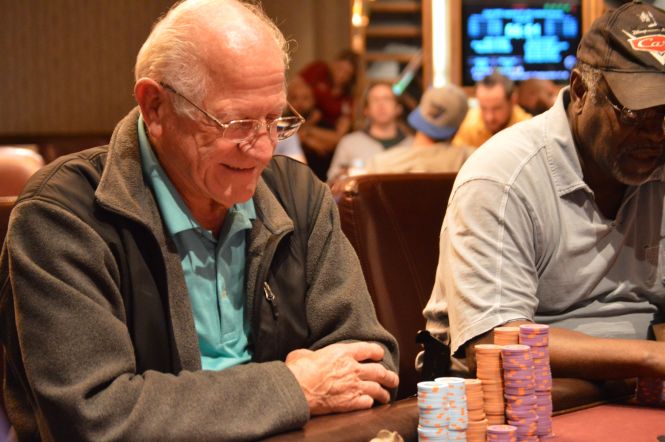 Ed Gazvoda is the new chip leader in the Live! Legends Celebrity Bounty after sending Saman Sader to the rail in a flush-over-flush confrontation.

The action was picked up on a 10♥7♥4♥ flop with George Karmires leading out for 45,000. Gazvoda called as did Sader and the 8♣ came on the turn. Karmires checked the turn to Gazvoda who bet 150,000. Karmires responded by moving all-in for 600,000 total. Karmires folded quickly and Gazvoda snap-called with A♥6♥ for the nut flush which left Sader devastated to see as he rolled over Q♥J♥.

Sader will head to the rail and earn $2,304 for his finish while Gazvoda now holds nearly 25% of the chips in play. That hand was the second time in one orbit Gazvoda got max value with a flush as he rivered a flush against Jonathan Gilliam’s pocket kings to double up in a previous hand.

Chris Page was eliminated shortly after Sader to bring the field down to 13 players. Page earns $2,304 for his finish.