After two days of exciting action, the inaugural Live! Legends Celebrity Bounty has reached its conclusion. Following a discussion among the final 10 players, a deal was reached to divide the remaining prize pool among them with a cold hand being dealt to decide the trophy winner and who would receive the $3,500 World Poker Tour Main Event seat. Steven Nooralian ended up on top of the flip and will take home the trophy and the WPT seat.

212 players entered the tournament with 20 bounties in play worth $1,000 each to the player who knocked them out. Only four advanced to Day 2, and of those four, Tom Wang, Chad Power and Jennifer Leigh made the money with Christian Harder falling short of a pay day. As a result of being involved in the final table chop, Wang will keep his bounty and earn an extra $1,000.

The Maryland Live! Blog would like to thank the tournament staff for a great event and we definitely look forward to covering future Live! events. 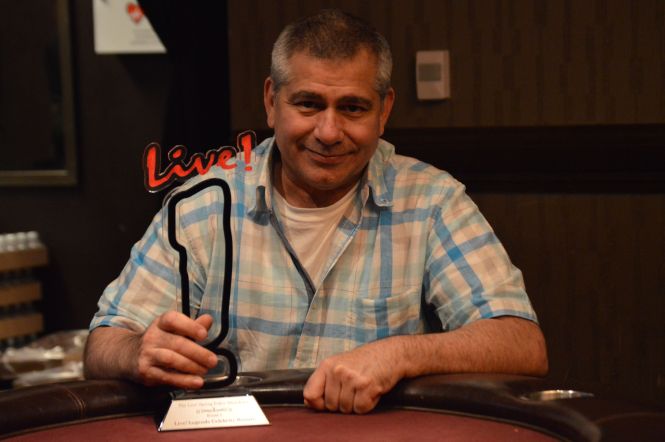 Steven Nooralian won the flip for the trophy and World Poker Tour Main Event seat and will also take home $15,811 for his two days of play. Nooralian has numerous cashes under his belt and this score will add to his $118,000 in career winnings. At one point, Nooralian was down to a single big blind but found a few doubles and now has a chance to win a WPT Main Event as a result of his victory here this weekend.